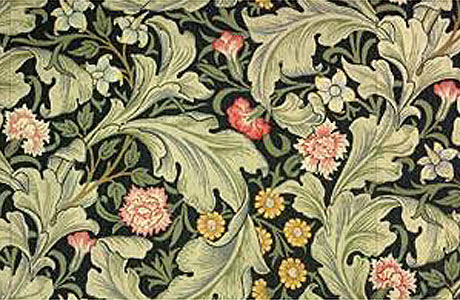 Hello,
It is not often one stumbles across a council apparently more awful than Glasgow but it would seem Waltham Forest may be eligible to snatch the prize for pig ignorant nastiness in their efforts to break up the biggest Arts and Crafts collection in Europe.

I accept that balancing the books isn't easy and that cuts do have to be made from time to time but the council's motives in trying to run The William Morris Gallery into the ground appear to be less to do with money and more to do with a dislike of William Morris. The previous leader of the council described Morris as a 'white imperialist' and the current leader is alleged to have described him him as 'just an old dead white man'. What a pair of ill educated posturing nits.

The cuts so far have led to the loss of the full time curator and a reduction in opening hours. The museum is currently staffed by workers redeployed from the library department who like the council know nothing about the collection.

I cannot emphasise strongly enough that this decision has sod all to do with money. If it was why have the council refused so many offers of help and why are they displaying such open hostility and spite towards supporters of the gallery? The Friends of the William Morris Gallery have now been forbidden from meeting there for no stated reason -you can irritate the council by asking why here. Oh and if you're still not convinced this isn't about money then why have the council spent more on the museum since the cuts?

Waltham Forest is taking part in the 2012 Cultural Olympics.

Cheerio
Posted by Clairwil at 1:16 pm

They sound more like posturing sixth formers to be honest.

Hello Clairwil, I pop into your site every now and again and have to agree (since I have lived in both places) that Waltham Forrest Council are as much a bunch of self-serving morons as GCC.

They are destroying the William Morris Gallery for reasons only known to themselves, treat Library staff like shit, think that families want to live in 1 bedroom, badly designed high rises, prefer to support the impoverished chain that is Primark over the local market traders, are leaving the local cinema in tatters and supporting the closure of the dog track. In short, the Council just have no understanding of why people want to live in a place.

Sorry, rant over. Good luck with the gorilla gardening. If I still lived in Glasgow I'd be up for it!

Sorry, that's guerrilla gardening. The gardening without large mammals getting in the way.